White Lady On The Loose in Tanzania! (Me.) 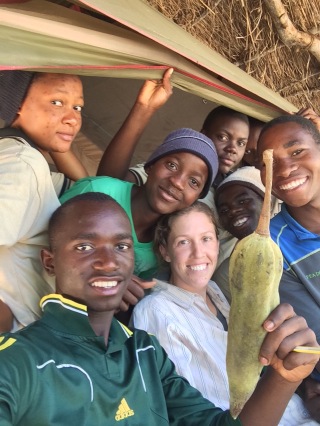 er the first time I saw a non-white person. If I stared, my mother would’ve flicked me and said, “Stop being rude.” The topic of race is taboo in White America, maybe because the guilt is too much.

Now I’m a mzungu (white person) in Tanzania and I get stared at everywhere I go. A family of eight watched carefully as I ate watermelon and spit the seeds out on the dirt floor of their house (they told me to.) Kids smile at me and wave, especially at the water tap where everyone gathers to fill their buckets. Or sometimes the kids are scared and their lower lips tremble until tears well up in their eyes. No one hesitates to address the obvious fact that I look different. But I can’t see myself while I’m walking around so if the Tanzanians weren’t constantly reminding me, I could forget that I’m glow-in-the-dark pale.

I want to stare back at them- the women in colorful skirts carrying giant sacks of rice on their heads and the boys in t-shirts from US high school sports teams. Last week we parked the truck under a shade tree where a slew of boys were hanging out. I waited in the car to watch our stuff while Felisto ran into a store. I felt like a zoo animal, yet I failed to summon the courage to stare back. The same happens in the village where a beautiful 6′ tall Masai woman lives with her buzzed haircut, purple robes and thick silver necklaces. She could be on the cover of Elle Africa. And still, I can’t bring myself to stare.

I don’t always mind being stared at because it implies curiosity, not animosity. Someone asked, “Do you ever want to be black?” Later I asked him, “If you woke up tomorrow and everything about you and your life was the same except that you now had white skin, what would you do?” He replied, “I would cry.” We laughed. 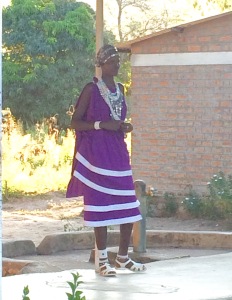 At a restaurant over lunch, Muba said, “Your hair is so soft. Is it yours?” I said it was and tugged on it, sending his friend Beatrice into giggles. He said, “When we want hair like that we have to buy it,” and he pointed to a store across the street that had a rack of hair extensions. There are probably millions of black people in the US who haven’t touched white-people hair, and vice versa. Maybe racial relations in the US would be more relaxed if Americans were as upfront as Tanzanians. Walking to the river in the heat of day, my new friend said, “You’re sweating. Are you ok?” I replied, “Yes I’m fine. It’s just a hundred degrees out here so I’ve been sweating since breakfast.” My sweat was just observed as a fact, just like my whiteness.

Most cultural differences are entertaining and interesting. Tanzanians count money by holding the stack lengthwise and flipping through the skinny end. Americans count it by thumbing the center of the bill right over the president’s face. I never realized that the simple act of counting money is a watched and learned skill.

In America, even if we’re having a terrible day, we’ll smile the moment a camera appears on the scene. In Tanzania, cameras elicit the expression we use for passport photos. But as soon as the camera goes away, they smile again. 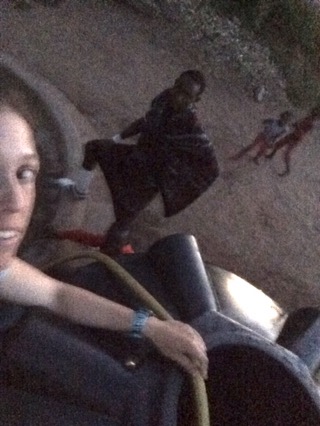 If we can point out differences, have a laugh and stop being so nervous/uptight/busy, we can more enjoy the richness of our diversity.

← 24 hours in Tanzania- Learning to Roll with It
Pre-Safari Interviews with Tanzanian Villagers: an NGO’s Environmental Ed Project →
Follow People We Know on WordPress.com